The goal of numerical classification is to find discontinuities in community data (which may, in fact, be more or less continuous, Fig. 1) and name them – e.g. to ease the communication, or to see the compositional pattern more clearly. This is done by grouping similar objects (samples, species) into groups that are internally homogeneous while being well distinguishable from the other groups. In a specific case of community data (sample x species matrix), the classification can be either based on samples (resulting groups contain similar samples with similar species composition, e.g. because the communities occur on similar habitats), or on species (each group contains species with similar ecological behaviour).

Figure 1: Even if the subject is truly continuous, it may be well worth to classify it into subsets and give these subset names. Example: although the visible spectrum is from principle continuous (depending on the wavelength), it is useful to separate it into relatively homogeneous subsets (colours) and give each subset a name.

Questions to ask before you begin classifying things

What criteria you will use to classify things? How to quantify similarity among objects to decide how similar they are (for books this is reflecting the similarity in their content, e.g. group all Serbian horror novels together, or books similar in size). In the case of community samples, this equals to the selection of similarity index or distance measure.

How to decide where are the boundaries between groups? You need to choose rules used to classify objects into groups; in the case of community samples, this equals to the selection of clustering algorithm.

Simple “classification” of the numerical classification methods is in Fig. 2. The methods are either hierarchical or non-hierarchical, depending on whether the resulting groups of samples have a hierarchical relationship (some are more similar than others, which can be displayed by dendrogram) or not. In case of hierarchical methods, two alternatives exist: divisive algorithms, which take the whole dataset and cut it into subsets and these subsets into smaller subsets (in top-down direction), and agglomerative algorithms, which start from the level of individual samples and merge them together into larger groups (bottom-up direction). 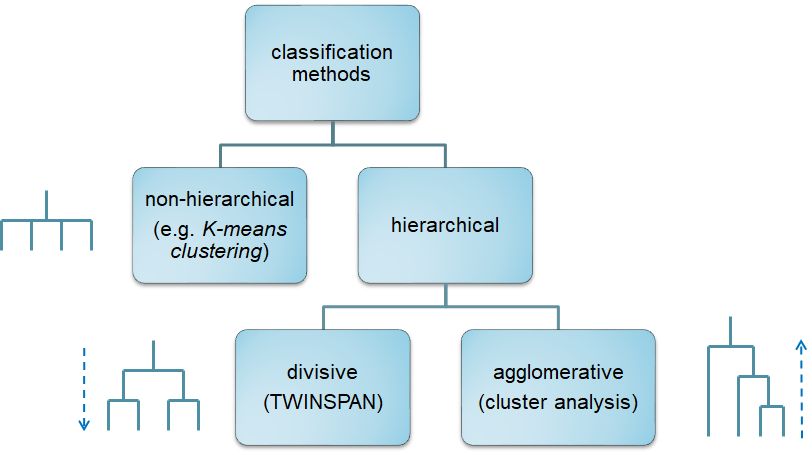 But although the numerical classification is not “objective”, it is “formalized” - based on clearly defined methods and reproducible (given that the data and chosen method is identical). In contrast, the classification which is not formalized is based on criteria which are hard to describe (e.g. feelings, opinions, experience); such classification is difficult (or even impossible) to reproduce by the others, even if the data are the same. 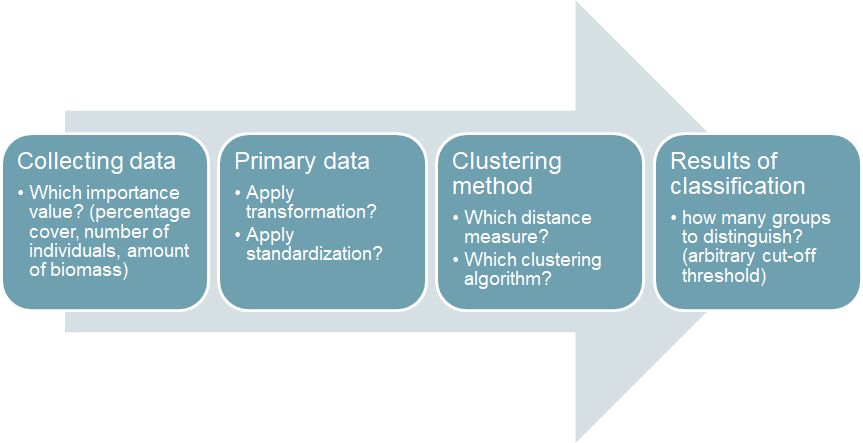 Figure 3: Example of subjective decisions done during the cluster analysis.