The following are standard conventions for displaying ordination diagrams: 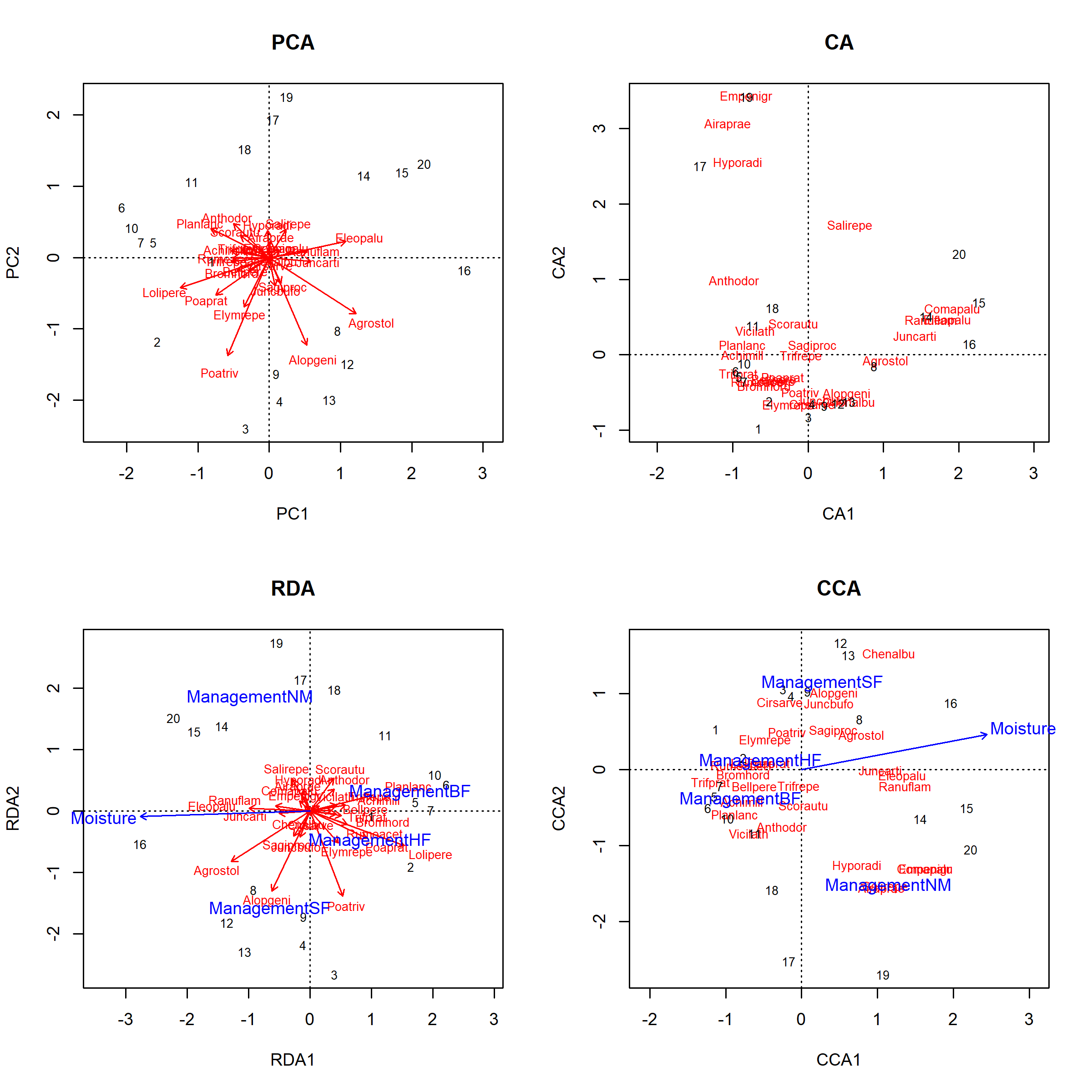 How many ordination axes to consider?

Most often two, sometimes three, rarely four, almost never more. If you are familiar with your data (e.g. sampling design, environmental variability), you will probably know what number of ecological dimensions is worth to consider (e.g. reflecting the number of main uncorrelated environmental variables shaping species composition). But do not attempt to interpret too many axes; as put by McCune & Grace (2001): “Very few ecologists have dared to venture into the uncertain waters of four or more dimensions”.

In the case of unconstrained ordinations, you may plot the scree plot (barplot) of eigenvalues. Eigenvalue represents the variation in data which is captured by given ordination axis, and ordination axes are ordered according to their eigenvalues (from highest to lowest). From the scree plot, you can see whether there is some major discontinuity (i.e. whether there is a steep decline in the eigenvalue from some of the axis) and use only those axes which capture a considerably higher number of variation. Also, the following two methods can help with the decision of how many axes to keep (Borcard et al. 2011, Figure 3):

In the case of constrained ordination, you may consider testing the significance of individual axes and project only those, which are significant. 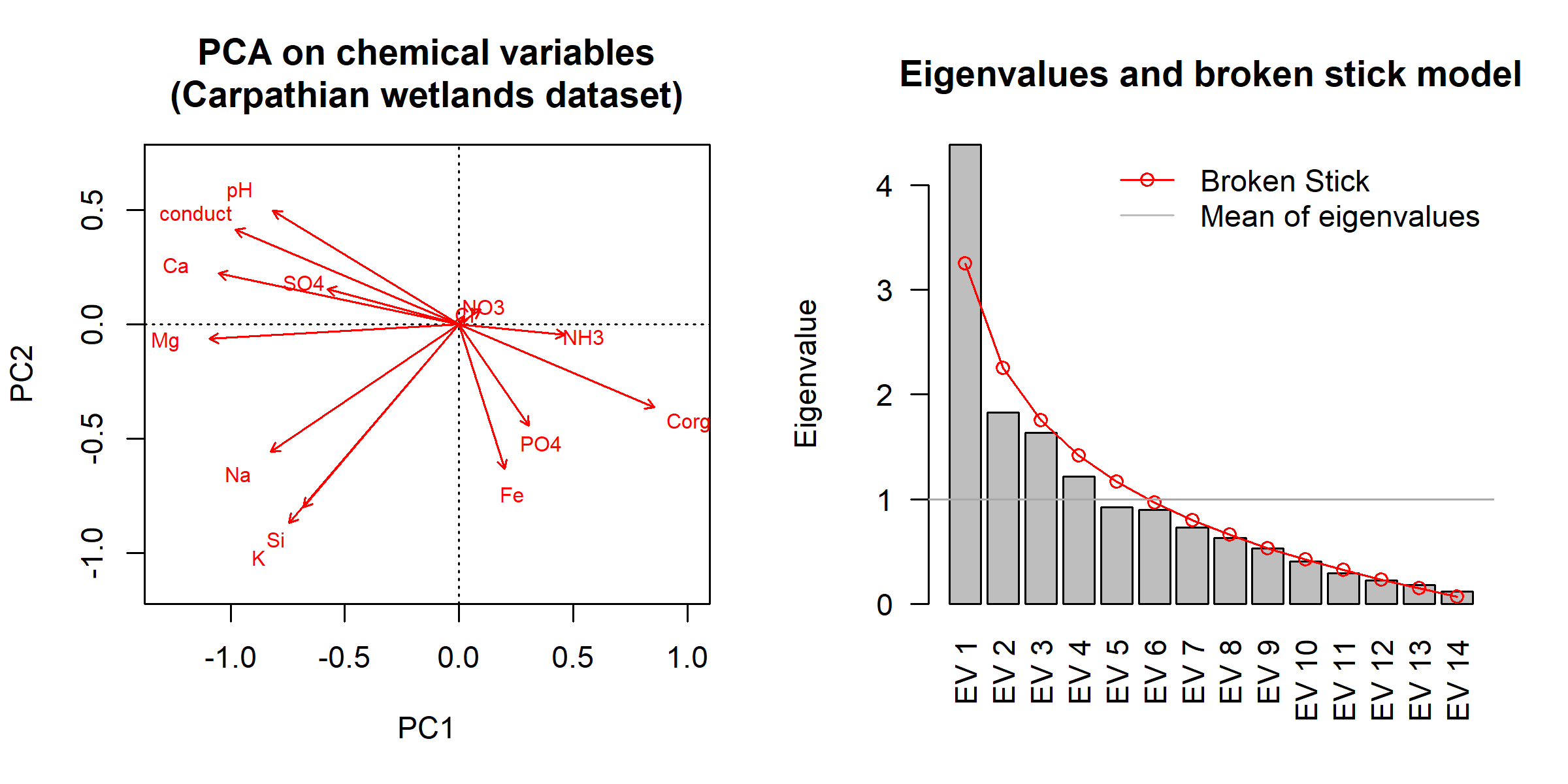