(a) Use the matrix of samples × species (or, generally, samples × descriptors, where descriptors could be also environmental variables), and display each sample into the multidimensional space where each dimension is defined by an abundance of one species (or descriptor). In this way, the samples will produce a cloud located in the multidimensional space.
(b) Calculate the centroid of the cloud.
(c) Move the centres of axes to this centroid.
(d) Rotate the axes in such a way that the first axis goes through the cloud in the direction of the highest variance; the positions of samples on this axis become sample scores. The second axis is constructed in the way to be perpendicular to the first axis, which means that the correlation of the sample scores on the first axis and sample scores on the second axis is zero. If more axes can be constructed (which is not the case of this example since the original space defined by two species is only two-dimensional), then each higher ordination axis is perpendicular to all previous ones).

Figure 1 (from Legendre & Legendre 1998) illustrates this algorithm on a very simple case with only two species (descriptors) and five samples. Figure 2 illustrates the same logic on the data cloud in three-dimensional space (three species/descriptors). 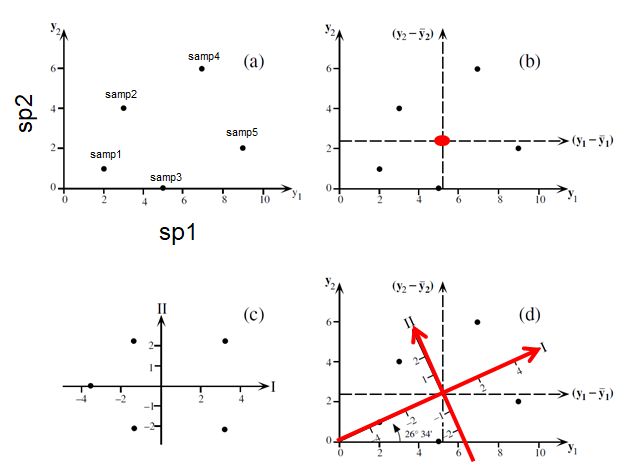 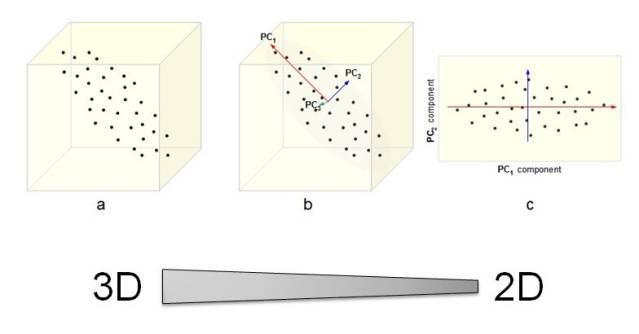 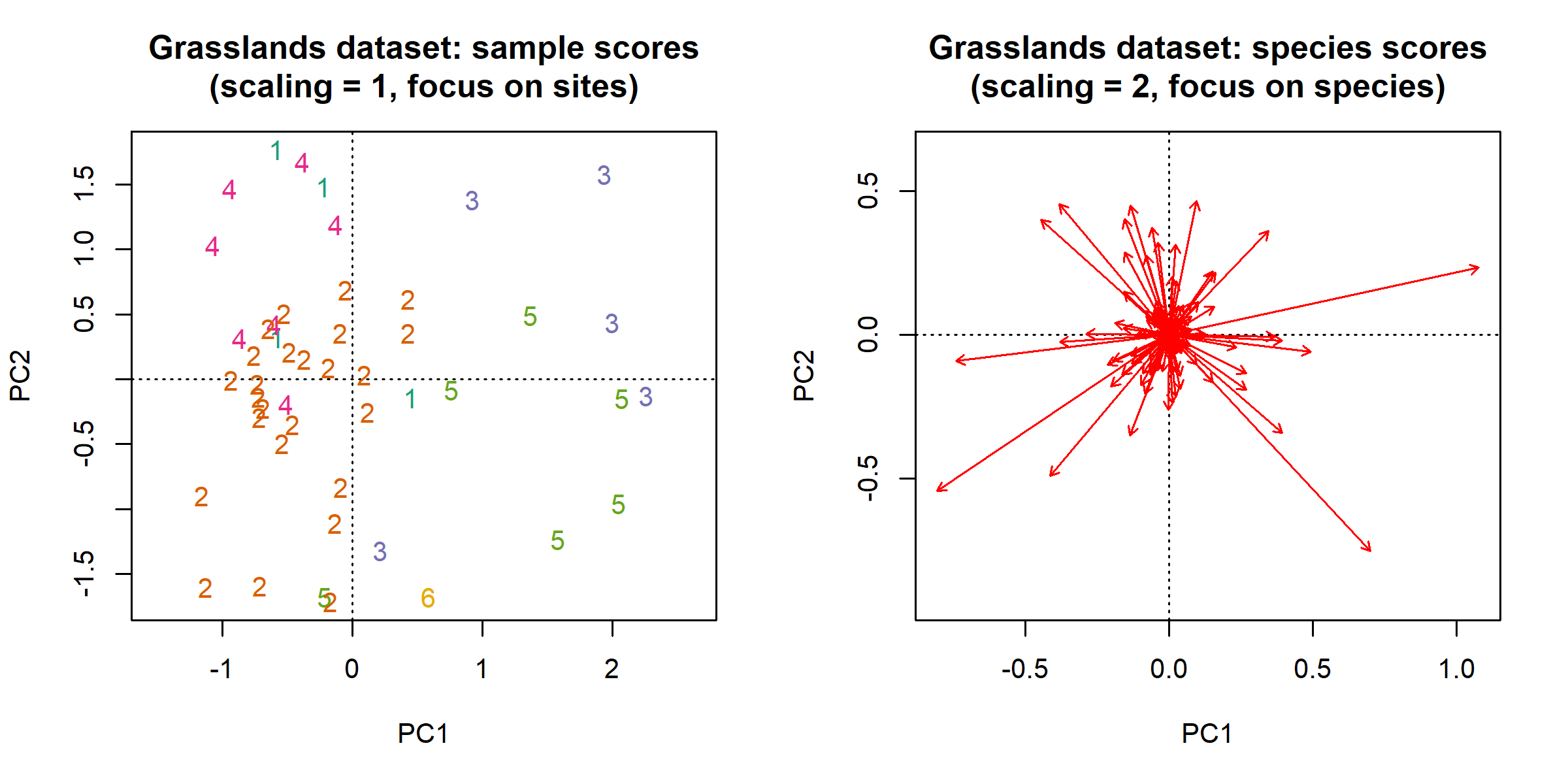 The circle sometimes projected onto ordination diagram to estimate the importance of individual species/descriptors/variables. The radius is calculated as √(d/p), where d is the number of displayed PCA axes (usually d = 2) and p is the number of variables (columns in the dataset). The descriptor with a vector of the same length as the circle radius contributes equally to all axes in PCA; vectors extending the circle radius make a higher contribution than average to the current display and can be interpreted with confidence (in the context of given number of ordination axes, here two, Figure 4). 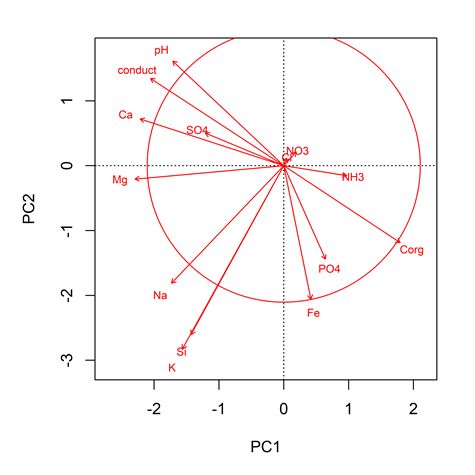