You are not allowed to perform this action
en:pcoa_nmds

This method is also known as MDS (Metric Multidimensional Scaling). While PCA preserves Euclidean distances among samples and CA chi-square distances, PCoA provides Euclidean representation of a set of objects whose relationship is measured by any dissimilarity index. As well as PCA and CA, PCoA returns a set of orthogonal axes whose importance is measured by eigenvalues. This means that calculating PCoA on Euclidean distances among samples yields the same results as PCA calculated on the covariance matrix of the same dataset (if scaling 1 is used), and PCoA on Chi-square distances similar results to CA (but not identical, because CA is applying the weights in the calculation). In case of using distance index which is not metric, the PCoA may produce axes with negative eigenvalues which cannot be plotted. Solution to this is to either convert the non-metric dissimilarity index to metric one (e.g. Bray-Curtis dissimilarity is not metric, but after square-root transformation becomes metric) or using specific corrections (Lingoes or Cailliez). Since the PCoA algorithm is based on the matrix of dissimilarities between samples, the species scores are not calculated; however, the species (or other descriptors in general) can be projected to the ordination diagram by weighted averaging or correlations, similarly as supplementary environmental variables. 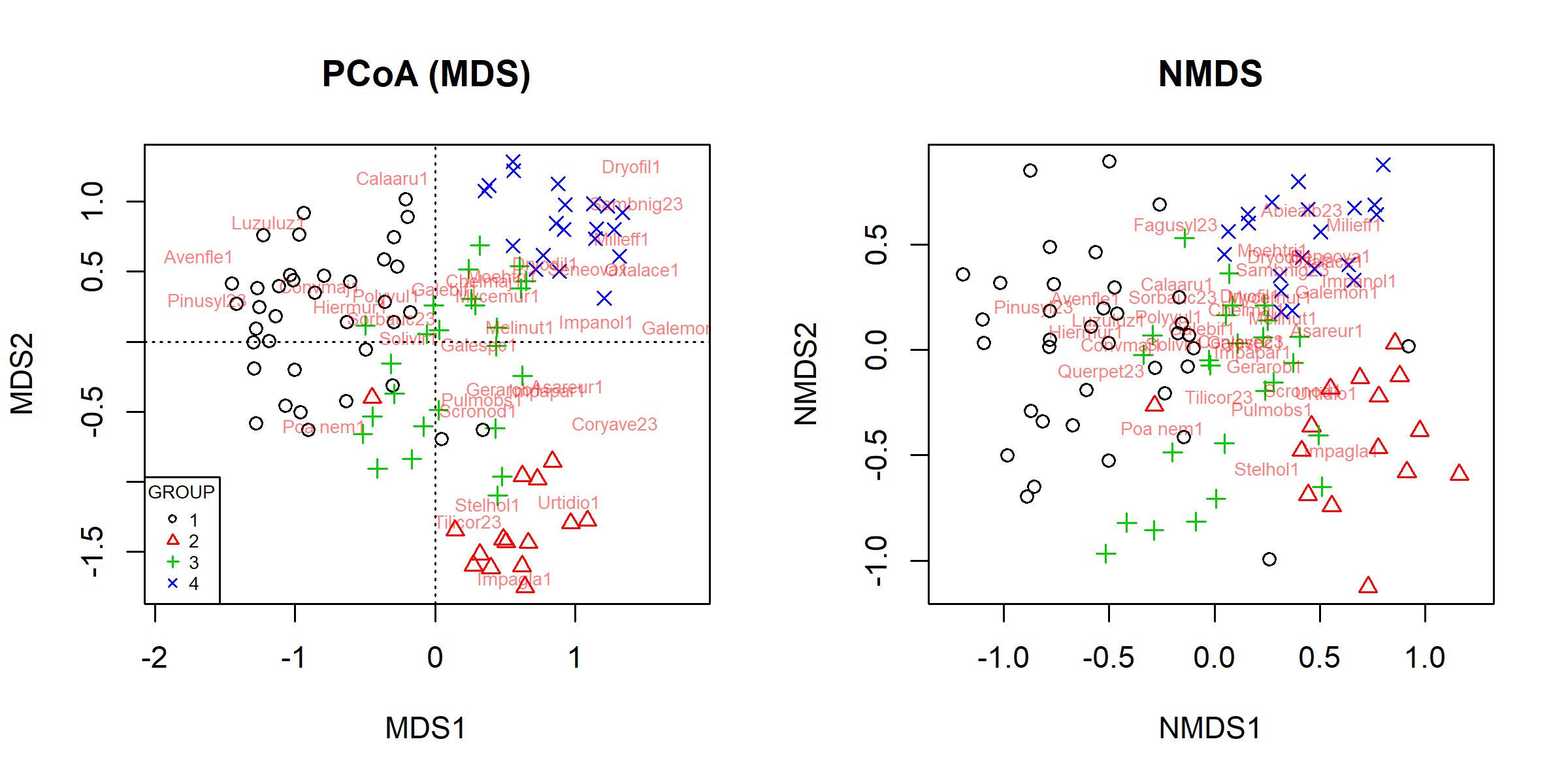 Fig. 1: Ordination diagrams of PCoA (left) and NMDS (right) calculated on Bray-Curtis dissimilarity index (square-rooted to made metric) using data from Vltava river valley dataset. The classification of samples into one of the four vegetation groups (GROUP 1-4) is displayed by different colour and symbol of individual site scores. Species are added to the ordination diagrams as weighted averages of their abundances in the sites; only species occurring in at least 20 sites are displayed.